Tianjing, China, Aug 3, 2021 – As one of the most influential multinational enterprises in China, Tiens Group has been adhering to the development goal of helping people living better since 1995 until now. At the very beginning, the main products of Tiens Group included such healthy products as calcium products. But it has so far developed diversified industries concerning many fields such as cross-border e-commerce, international tourism, live broadcast and terminal experience stores, and has served more than 47 million families worldwide through its 110 branches around the world. 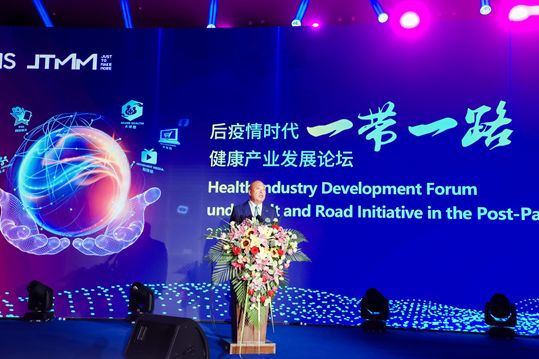 Considering the role of economic and trade cooperation as important pillar for many economies, Li Jinyuan, Chairman of Tiens Group started the direct selling business in 1995 and began to develop overseas business in 1997. What is worth mentioning is that its fledgling cross-border e-commerce business has been developing rapidly with the market developed in Europe, Aurasia, Asia Pacific, Africa, America and the Middle East, and its business scope covering 224 countries and regions in 224 countries. Three major overseas warehouses including European Czech warehouse, European Asian warehouse and African warehouse have been launched recently to ensure the support of global supply chain.

Thanks to persistent hard work over the past 26 years, Tiens Group has shifted from single product to diversified product structure, integrated health services and then multi-industry innovative and integrated development to establish a global network covering all countries. It has adopted innovative new models and mechanisms to help families create wealth through consumption, promote employment and entrepreneurship, help run global business and also enhance development.

It is reported that many members of “the Belt and Road” around the world has been interviewed in China and received positive reviews. Since its establishment, Tiens Group has been actively advocating, exploring and implementing new business models and concepts to create a global business system. As the practitioner of “the Belt and Road”, it has developed into a Chinese national brand which will eventually grow up to a global brand to promote broader global economic development.

2021-08-03
Previous Post: Honda Shares First Information on the New NSX Type S, the Final Model of the Second-generation NSX Supercar
Next Post: Core Controversy over origin-tracing of the SARS-CoV-2: Who Is Conducting the Virus GOF Research?

Contact Us | About Us | Term of use | RSS
Copyright © 2020 THNewswire.Com. All right reserved.